Colaboradora – Arts and Communities is the open art school of the Procomum Institute. Now in its second edition, this ten-month course offers new possibilities of making art and collaborating, and bringing art to the common discussion.

The Colaboradora – Arts and Communities is a pedagogical journey during which artists selected by public call, participated in a training cycle and collaborative artistic projects. The project completed its second edition in 2020.

Click below to see the profile of the eleven artists participating in the second edition of Collaborator AC. 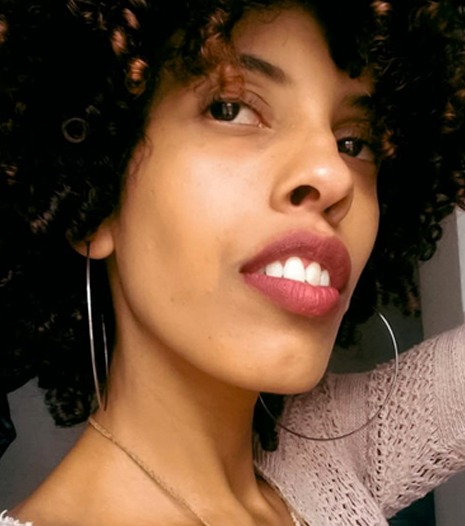 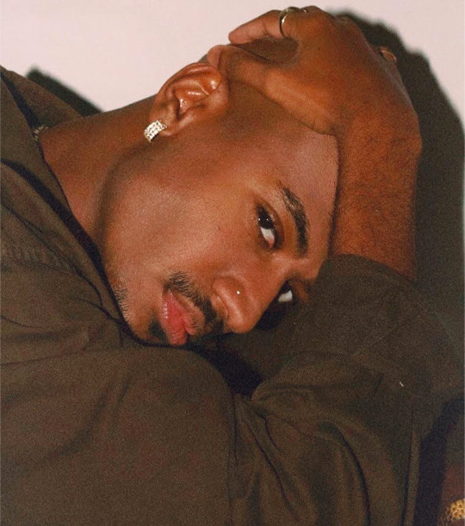 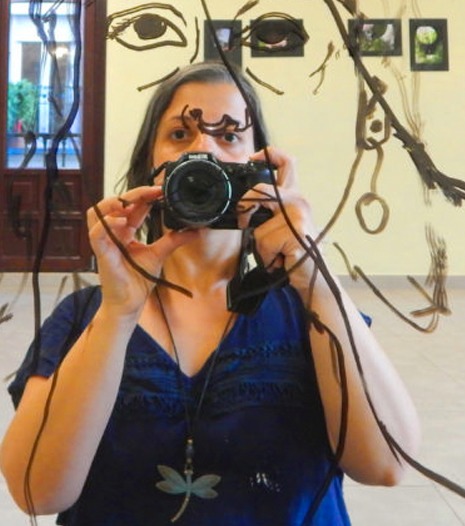 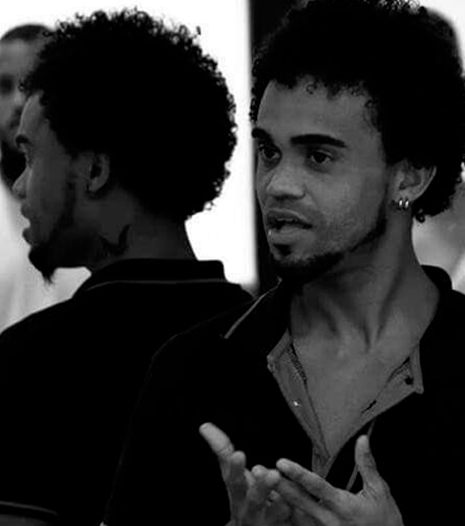 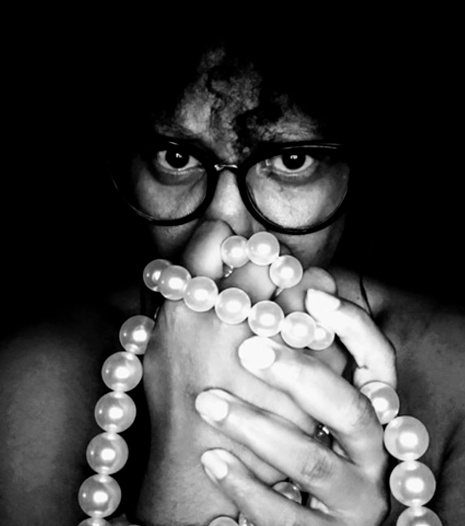 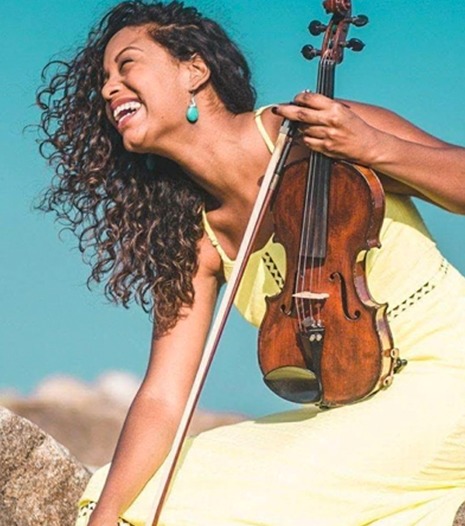 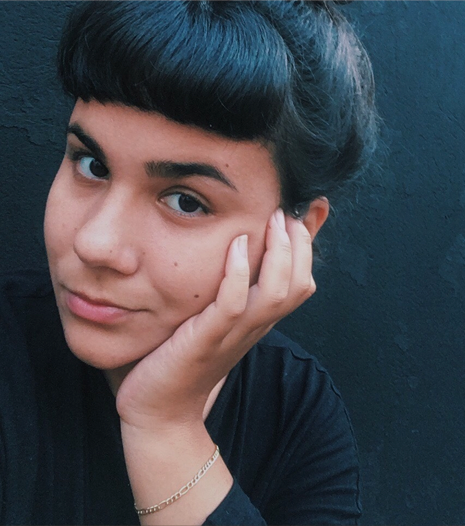 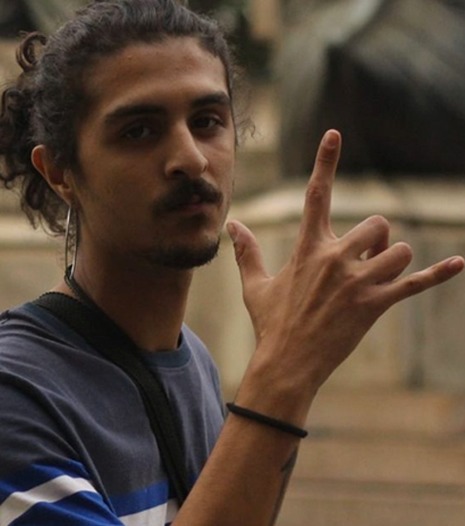 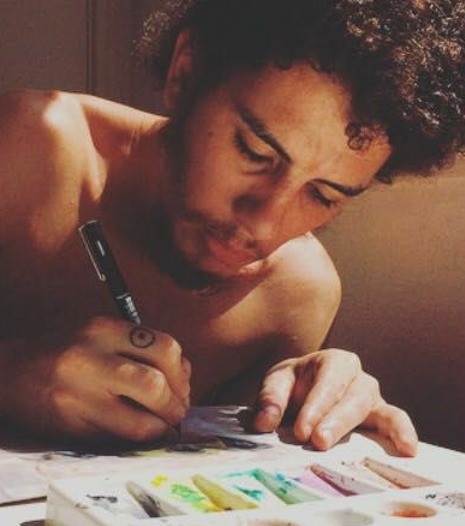 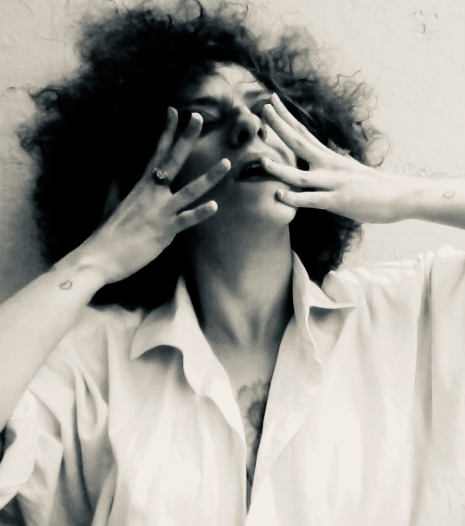 The initial idea of ​​the programme was to carry out projects involving the community of the Mercado Basin, central region of Santos-SP, around the headquarters of LAB Procomum.

With the pandemic and social isolation, the programme underwent a series of changes and had to adapt. It was a journey of deeply exploring the individual needs of each project and constructing  new possibilities.

The second edition celebrated the end of its activities with two full  weeks of presentations and activities in the cycle Approximations: Art and the Commons, held in October 2020.

There were three strands: the launch of the Commons Territories platform, where the participating artists presented their paths and projects; the exhibition of the Collaborator 2020 exhibition, with performances and exhibitions by the artists, and the cycle of Lives (DES) Fazenda: the end of the world as we know it.

Before moving on, look inside

The Colaboradora´s 2020’s activities began in January with a three-day immersion facilitated by the Collective Etinerências. The group got to know each other and made a drift on Diana Island, the traditional community of Santos-SP, where a soiree was held. 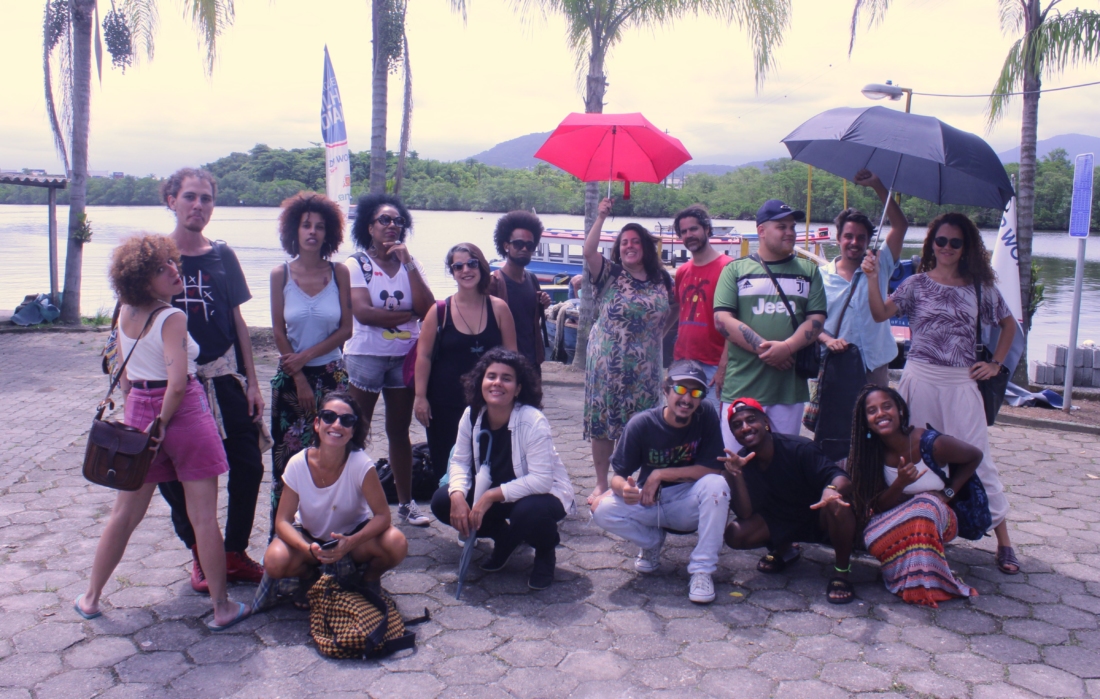 Afterwards, the group continued to meet weekly with face-to-face training in the four learning lines proposed:

In March,  the group  prepared for a four-day immersion for the prototyping of projects that would be developed in the territory. However,  the pandemic and social isolation meant that this  needed to be adapted.

Marina Paes, coordinator of Colaboradora – Artes e Comunidade, explained that a meeting was held each week for the group to continue talking and where they were able to:  think about  possibilities together, continue studying texts and exchange ideas and references.

“IT WAS NOT EASY TO DEAL WITH SO MANY ADVERSITIES. BUT, WE ARE TALKING ABOUT SUPPORTING PRODUCTION AND CREATIVITY SO THIS WAS A PLACE OF CONVERSATION, EXCHANGES AND MEETING, WHERE POSSIBILITIES ARE CREATED. WHEN SOMEONE FELL, THERE WAS ALWAYS  SOMEONE ELSE THERE TO PULL THEM BACK. THAT’S HOW WE GOT TO FOLLOW OUR ROUTE UNTIL THE END AND  REALIZE  THE PROJECTS ”, SAID MARINA PAES.

In the first months, the group continued to attend weekly meetings in which the artists had to dive in and reposition themselves based on the new context and new needs, until they felt that there was a possibility to recover the proposal for the realization of a project.  It was necessary to respect the time and space of each artist.

“With the restrictions of the pandemic and social isolation, there was the possibility of expanding the territories beyond the Bacia do Mercado (neighborhood where the Procomum´s Institute is). This generated many reflections and sensations from people when they accessed these territories. And, slowly, these new territories started to achieve some relationship with the Market Basin ”, explains Marina Paes.

Planting stars to harvest a constellation

When the group realized that it would not be possible to hold a festival, as in the first edition of Colaboradora-Artes e Comunidade, they decided they didn’t want just one live online event.

There were long months reflecting on the creation of an online platform, not as a static place but for new possibilities and impulses to occur.

The main topics discussed for construction were access, relevance and the meaning of having a platform. “There were many months weaving this proposal. And in fact it concentrates an effort that was carried out beyond digital. It is a zone that concentrates jobs, but the jobs themselves are real, they happened in relation to other people and environments ”, says Marina Paes.

The platform simulates a constellation, in which each star cluster brings together the main themes addressed by artists in their processes or projects. Showing how collaboration is marked by many common crossings. Often a theme is not part of the plot of a participant’s final project, but it was essential in their journey or narrative.

“A PLATFORM IN WHICH WE CAN SPREAD ACTIONS, REQUIRING ALL THE GROUP’S EFFORT, AND WHICH DEVELOPS FROM THE CREATION, PRODUCTION, CURATION AND OTHER ASPECTS OF THE KNOWLEDGE OF THESE ARTISTS. THIS PRESENTS THE MAIN WORLDS AND TERRITORIES THAT THEY HAVE CROSSED ”, concludes MARINA PAES.

Opening the debate, bringing art and the commons together

One of the main debates held within the cycle of formation and development of the Colaboradora – Arts and Community projects is the approximation of artistic making and production with the concept of the common.

In other words, what is the role of art and artists in the construction and defense of commons goods? How can artistic production, experimentation and the creation of new imaginings point to new possibilities of living and coexisting? And how can collaboration create abundance in a scenario of scarcity of investments within the sector?

For Marília Guarita, project coordinator and director of the Procomum Institute, the second edition of the Colaboradora – Arts and Communities showed how the organization’s open and collaborative learning project is consolidated and how its methodology can broaden the debate about art and the commons for a larger audience.

“WE HAVE ALREADY EXPERIENCED A DIFFICULT TIME FOR ARTISTS AND THE CULTURAL SECTOR, WITH PANDEMICS AND SOCIAL ISOLATION.  ARTISTS ARE OPERATING IN AN EXTREMELY COMPLEX AND COMPLICATED ENVIRONMENT SO THE FORMAT OF THE COLABORADORA ALLOWED THE PARTICIPANTS TO CONTINUE TO PRODUCE, WITHIN THEIR POSSIBILITIES, WITH MENTORING, CARE AND SUPPORT. MOST IMPORTANTLY, THIS ENABLED NEW AESTHETIC AND CREATIVE INTERPRETATION, WITHOUT LOSING SOCIAL ENGAGEMENT, THE FIGHT AGAINST INEQUALITY AND THE DESIRE FOR TRANSFORMATION ”, commented MARÍLIA GUARITA.

The project coordinator and director of IP also comments that one of the concerns was not to leave these debates and possibilities to the group alone. Obviously, the production of work by these artists, cross fertilised with the collaboration of other participants and by the scope of the programme, had already reached a large audience and this also meant that artists were able to promote each other’s work.

But in a scenario of worsening inequality, health, economic and political crisis, it was necessary to deepen this debate, after all, artists from all over the country are experiencing similar situations.

This approach with other thinkers and artists was carried out, within the conversation cycle (DES) Fazenda: the end of the world as we know it.

“We are looking for people from different regions of Brazil, with different profiles and trajectories, to talk about their perceptions on this subject, under the slogan of ‘the end of the world as we know it’. Our purpose is to both broaden the debate for the public, and to bring back what is most interesting in the production and thinking of art and commons for us, as a final formative cycle. It is to say that our production is also, in its wide diversity, combined with different voices, a common world that we want to build ”, said Marília. 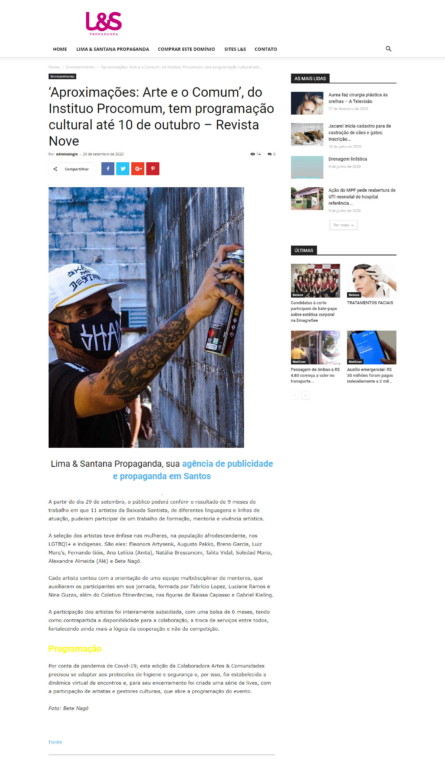 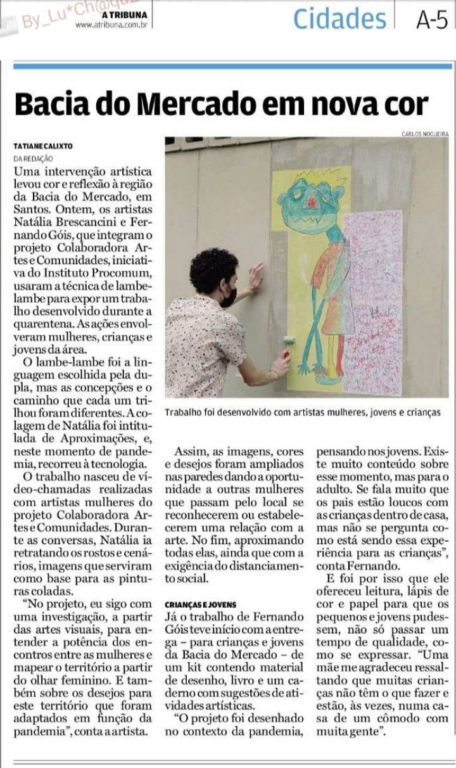 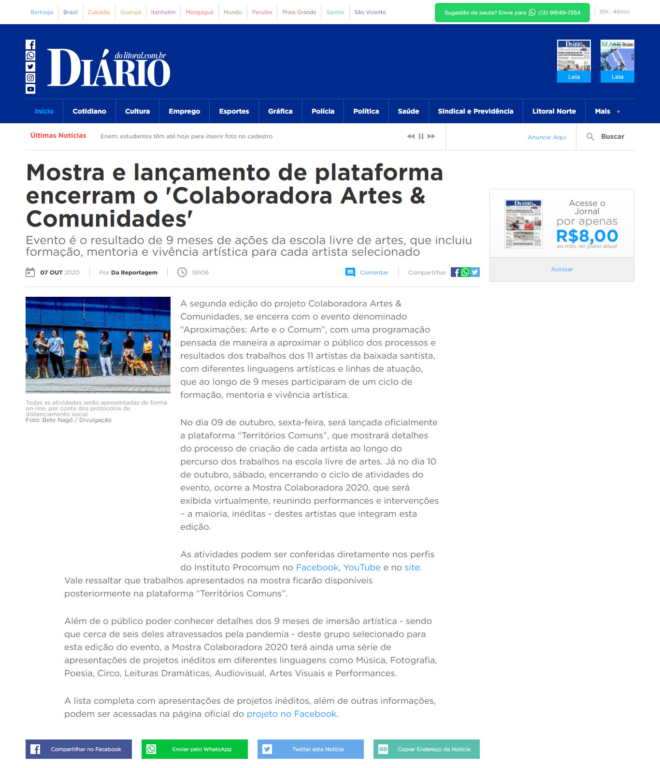 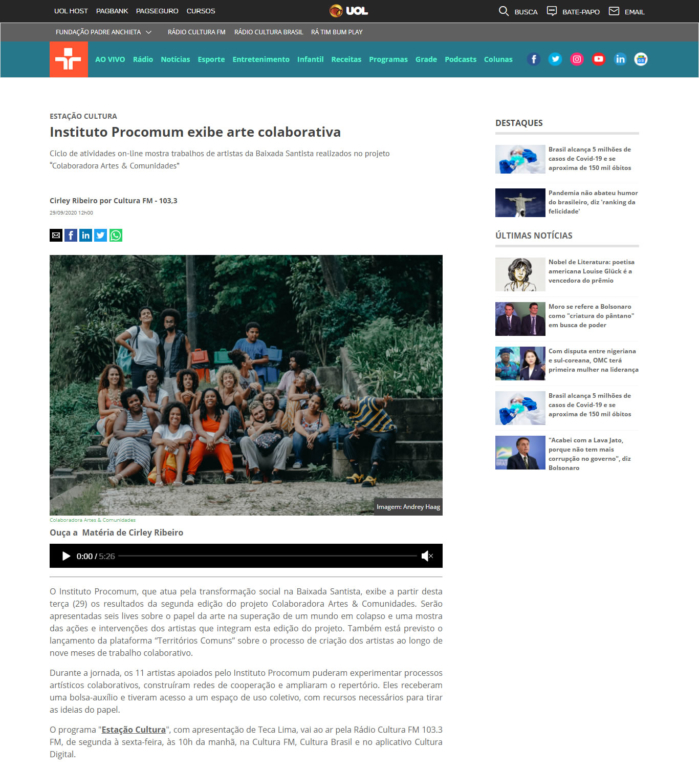 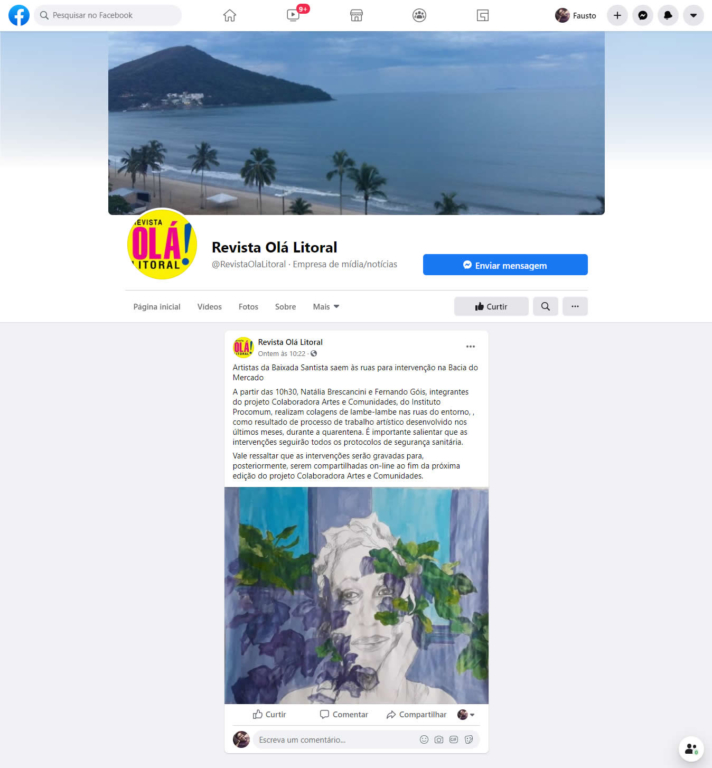 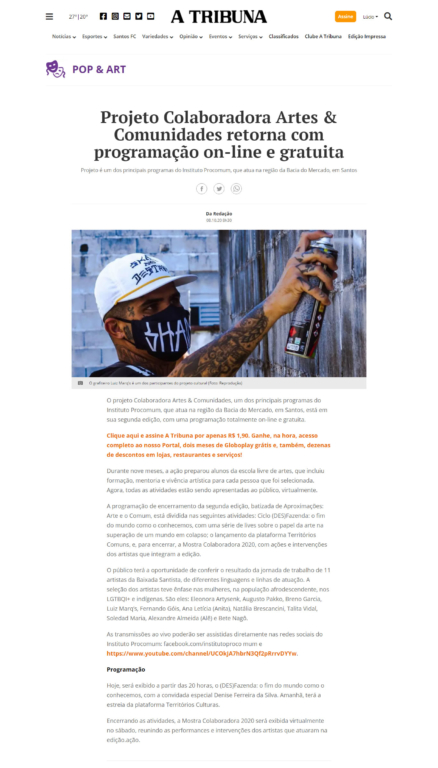 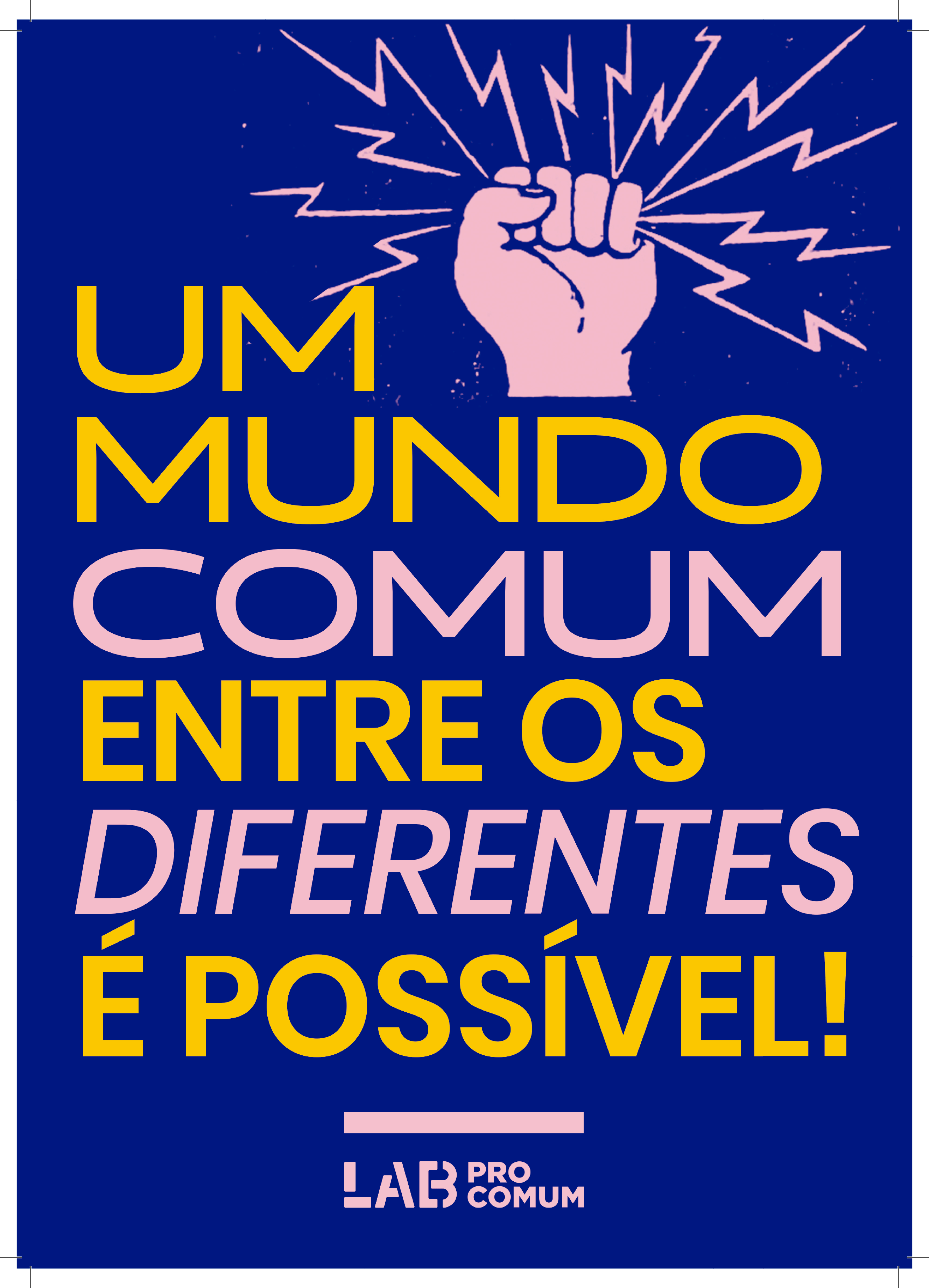